Car manufacturing is one of the fastest changing industries. Every year we see hundreds of new models that come with significant upgrades and dozens of new features. In this article, we listed some of the ground breaking technologies that will soon become reality in most car models around the world.

Cars Will Drive Themselves

This is one of the biggest changes in automotive industry, since the invention of internal combustion engine. Several companies, including Tesla and Google are currently developing autonomous car models that will not require driver control. Google, of course, is testing the self-driving cars not without good and bad PR.

These cars will be much safer than the ones we drive today, because car computers will not bend traffic rules and cars will be able to communicate with each other on crowded intersections.

Car Computers Will Have the Last Word

This system relates to the autonomous vehicle concept, but comes with one extra feature. Future car computers will be able to override drivers’ bad decisions. If you think about it, even today’s car models come with similar features, like ignition interlock devices, which disable drivers from starting the vehicle if seat-belts are not tight enough or if the driver has a high breath-alcohol concentration.

Sit Back and Enjoy the Ride

This system will enable cars to stop at traffic and stop signs, even when driver floors their gas pedal. Advanced usage of sensors will increase traffic safety and make driving much easier and less stressful.

At last year’s Essen Motor Show, a popular tire manufacturer, namely Hankook, presented three tire concepts that will probably determine tire future for the next couple of decades. One of the main differences between traditional and these futuristic tires is the idea of customizable tread blocks that can expand and decrease for better terrain and weather adjustment.

The company presented three types of tires, for off-road conditions, wet and for snowy weather. Eventually tire manufacturers will be able to put all this tread types in one tire, whose tread blocks will change shape while driving. Tires are definitely one of the most important car parts. This blog contains information about their upgrades, future tire technologies and more. Here are some other useful blogs with more information on future cars. 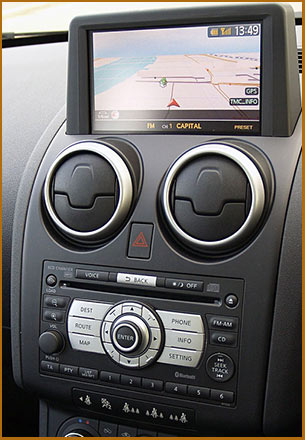 During last few decades, car manufacturers developed several innovative ways for drivers to open and start their cars. One of these systems is remote keyless entry and ignition that allows drivers to start their car and open car doors without a key. Currently these systems are integrated in almost every production model. Remote keyless entry and ignition are very useful, especially in cold areas, where drivers sometimes need to warm up their car before they start driving. With keyless ignition they can do it, without leaving their home.

Today, car manufacturers are trying to install yet another keyless entry and ignition system. It will be similar to the finger-print security system on newer smartphones. Drivers will be able to use their fingerprints to start their car, opening their  car  door and trunk doors. This system will have a lot of benefits, and it will drastically lower car theft rates. Who knows, one day these systems might even incorporate retina scanners and we’ll be able to start our cars with our eyeballs!

First Head-Up Display systems were developed 20 years ago and they are frequently used in military airplanes. This technology was soon incorporated in car industry and until today more than a few models came with installed fully operational HUD systems. Some of these models are: Nissan 240SX, Pontiac Bonneville, BMW E60, Toyota Crown Majesta, etc.

Back to the Future

Car industry will soon incorporate much more sophisticated version of HUD, called Active Window Display.  These will incorporate many different information, and post it on the car’s windshield, including: driving information, fuel level, navigation info, etc. unlike regular HUD used 20 years ago, new Active Window Display will be much more interactive and will include hands-free voice control interaction.

Advanced technology is constantly changing the car industry for the better. In the future, it will completely eradicate the factor of human error from the list of traffic concerns and make our rides safer, easier and more comfortable.

Start Off The Engine And Your Exciting Journey Begins